Prey Tell, Where Are All the Mantids? The hatch is underway on the clothespin. This image was taken April 9, 2022. (Photo by Kathy Keatley Garvey)
Prey tell, where are all the praying mantids?

Last fall, a Stagmomantis limbata deposited her egg case, or ootheca, on an clothespin on our outdoor clothesline. On April 9, the clothespin sprang to life. Hundreds of nymphs emerged, scrambled away, and vanished.

Some wandered around on the clothesline. Some ate one another. Some survived to adulthood.

We saw only four in our pollinator garden: a female in the patch of lion's tail, Leonotis leonurus; a female on the Mexican sunflower Tithonia rotundifola; and a male and female in the African blue basil, Ocimum kilimandscharicum × basilicum 'Dark Opal."

They appeared, disappeared, and never re-appeared.

Meanwhile, our lantana, Lantana camara, proved to be a magnet for such pollinators as honey bees, syrphid flies, skippers and cabbage white butterflies, but nary a praying mantis.

Fast forward to the late afternoon of Sept. 25. There perched in the flood of red and gold blossoms was a gush of green, a beautiful gravid praying mantis, S. limbata, looking as if she'd never missed a meal and looking quite Mama-like.

How did we ever miss her? 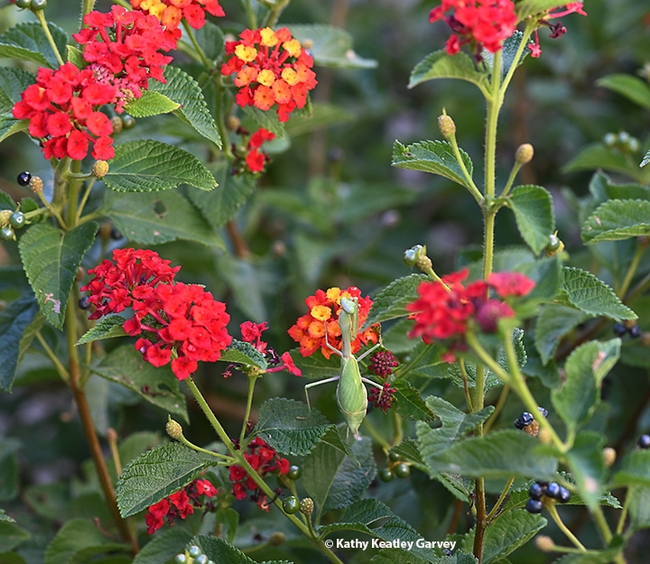 A beautiful gravid praying mantis, Stagmomantis limbata, is right at home in the lantana. (Photo by Kathy Keatley Garvey) 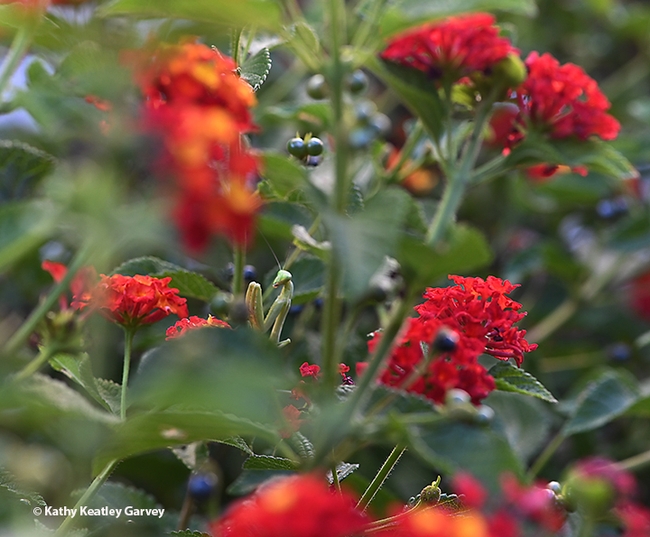 Find the praying mantis! In the flood of red and gold lantana blossoms is a gush of green: a beautiful gravid praying mantis, Stagmomantis limbata (Photo by Kathy Keatley Garvey) 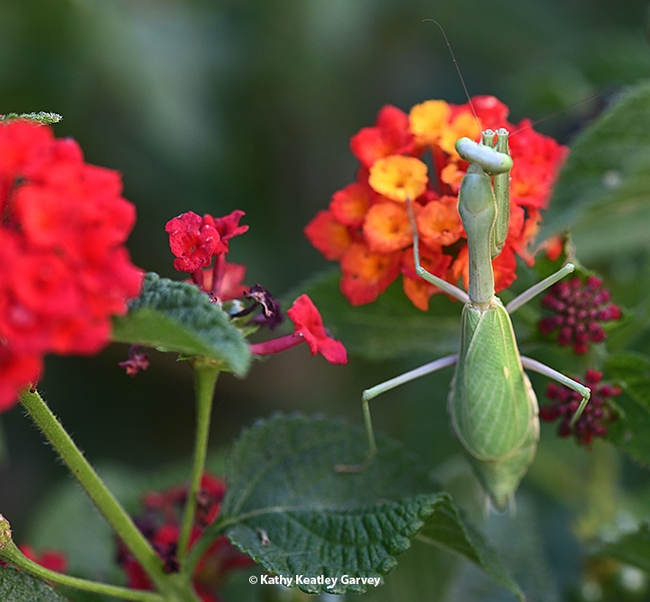 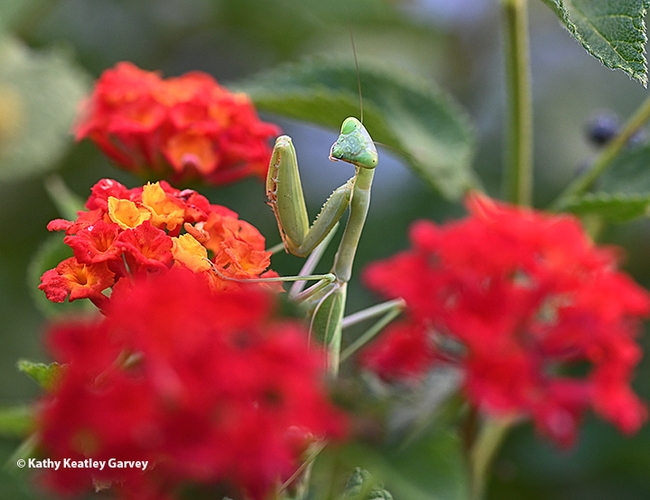